ARTIST OF THE MONTH

The enigmatic Director of Visual Arts steps forward this month to show us his etchings!

And his doodlings & scratchings & scribblings & inkings and daubings!

Yes he’s a versatile chap is our Shane, forever experimenting & exploring in an effort to expand the parameters of his Visual Lexicon. Further to that, his knowledge of Art appears to be encyclopedic. As the Kurilpa Poets’ highly esteemed Director of all things artistic & visual, Shane has been the person responsible for filling the Big Screen of our Virtual Art Gallery with a staggering array of artistic talents, from struggling, local newcomers, and obscure, old genius’s long-ago rotted in their garrets, to the Big Names of Art History as well, often shining a light on the more shadowy parts of their careers.

His penchant for playing early, black & white, surrealist experimental films has also provided an interesting counterpoint to the Poetry erupting on stage,

many’s the time a pleasant congruency of Word and Image has occured unlooked for as a result.

We thought it only fitting therefore, that Shane himself take the spotlight as the Unsuspected Artist of the Month, for this our final, monthly Kurilpa Poets gig at the olde Croquet Club.

Don’t miss this rare opportunity to witness a choice selection of the work of one of Brisbanes’ greatest “Unsuspected Artists”!

So see you 2pm this Sunday, 30th June

at the Kurilpa Poetry Cup

We have received the following communique from our Visual Arts Director, the irreplaceable Shane K, re the Unsuspected Artist appearing in the Virtual Gallery this Sunday. Message follows…

“This month’s delectation is American artist

Hard to define, for an easy lazy description sorta Pop.” 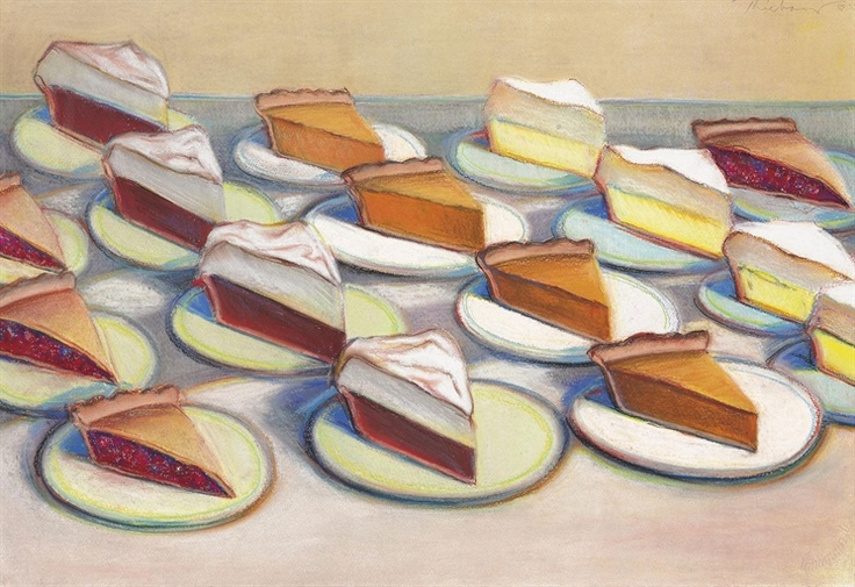 as the Kurilpa Poetry Cup rolls on

will be presenting this months feature artist,

An artist who never stopped experimenting, Miro’s hauntingly ambiguous work has been described as entering,” a sandbox for the subconscious”.

has boldly entered that arena with bucket and spade in hand, this Sunday he will share the results of his excavations.

Yeronga born Rees’s long life (1895 to 1988) was filled with his uniquely meticulous paintings and sketchings.

Receiving both acclaim and harsh criticism for his style, he was twice winner of the prestigious Wynne Prize.

Despite losing his sight in later years, Rees continued painting, claiming that one of the benefits of going blind was that he was now able to look directly into the sun.

Come along this Sunday November 27th, 2pm, to the Old Croquet Club

tells us more about this influential Australian artist.

This month our eclectic and encyclopedic Visual Arts Director,

will be showing the Artistic Visions of

on the Virtual Gallery’s big-screen

and, we hope, at some stage in the afternoon learnedly lecturing on said Artists’ career and accomplishments.

among my crimes against humanity,

I am the Visual Arts Director for the Kurilpa Poets.

. One of my duties is organising a visual display each month

to accompany the poetic flights of our performers.

This month the Virtual Gallery‘s feature artist is Saul Steinberg.

Saul Steinberg was born to a Jewish family

He studied architecture in Milan, graduating in 1940.

Shortly after his graduation the introduction of anti-

Semitic laws by the Fascist government led him to leave Italy.

He spent a year in the Dominican Republic

whilst awaiting a visa to the United States.

Steinberg’s entry to the USA was sponsored by the New Yorker, a magazine he was to be intimately involved with,

as well as a genuine affection for his subjects. His Art blurred the line between

cartooning and “fine” art and his work was often shown in galleries.

As well as drawing, he enjoyed creating crude, vital masks out of such materials

as cardboard and paper bags.

His work was wide-ranging and hard to easily define.

between perception and reproduction, leading his work

to be highly praised by the great Art theorist EH Gombrich.

He was also one of the finest political cartoonists of the 20th century,

mocking the post-war American cult of the “Organisational Man”

and showing a USA whose deities included Sigmund Freud,

In the 1970s he did a series of drawings of Mousketeer terrorists,

those cute young kids from the 50’s have acquired Armalites

and seem keen to fuck things up.

Steinberg died in 1999, but his work remains influential.

The New Yorker still continues to occasionally re-print his covers.

Don’t forget, he next meeting of the Kurilpa Poets is on Sunday 27 September,

Local Visual Artists who are interested having their work shown

on the Virtual Gallery should contact Shane K or Rev Hellfire at Kurilpapoets@yahoo.com.au

Meantime come along this month and check out the eclectic weirdness

Kurilpa Poets- Where a good time is always had.

known to the Art World only as ZEL,

has broken his austere Vow of Silence to issue

a short communique on this, the Event, of one of his

rare appearances. For like the fabulous Phoenix of Legend,

or the humble Cicada of Summer, the ZEL is a creature

whose long periods of torpor are broken by rare appearances

to the surface world we inhabit.

We re-print the statement in it’s entirety;

Zelico Maric was born in Croatia and grew
up in Mount Isa.
I DO IT BECAUSE IT IS F UN.
A hungry dog
chewed on the bones
of memory
On the seashore of desire.

Our Unsuspected Artist for November in the Virtual Gallery is one of the rarest and most elusive of the native artistic wildlife lurking unsuspected in the lush, sub-tropical undergrowth that is Brisbanes Cultural Landscape.

I speak of course, of the legendary and reclusive ZEL.

the ZEL emerges once every fourteen years to exhibit it’s

Later, they return en masse to the sea,

and so the Circle of Life is Complete.

Be sure to catch this amazing Natural Spectacle

in the VIRTUAL GALLERY

“a cat of mine on ketamine”- Brian Gilmore

Each month the Kurilpa Poets feature the work

There are many lurking amongst us,

infesting our homes and streets and schools!

Lying around on Welfare sniffing paint-thinner!

So we splash these Artist’s Visions

in Beams of Gaudy Light across

the white-washed walls of the Olde

Croquet Club, as a cautionary example

This month we’ll be showing more

oddities and classics from the collection of our eccentric

And as well as the usual historical stuff,

from the Land of the Living,

our feature Unsuspected Artist forOctober is;

Lurking in his shambling Fortress of Solitude by the waters of Moreton Bay, few passers-by suspect that within these crumbling walls, a Mad Visionary has been relentlessly exploring the Edges of Reality for many years.

chart his heroic journeys through the Archtypal Planes

and the bizarre Inhabitants encountered there.

Brian is rumoured to be the mysterious ‘Dr Bob’,

companion to the Reverend Hellfire on the occasion

of their abduction by Aliens.

If these rumours are true, it would certainly explain

the Other-Worldly aspects and Multi-Dimensional

themes that abound in this artist’s work.

Or perhaps some weird bio-hallucinogen

lurks in his genetic structure, a familial trait

as it were, for Brians elder sibling himself was a former Pineapple from the Dawn of Time, no strangers they to Psychedelia.

flows strong through the Gilmore veins.

So come tripping with Brian at the Virtual Gallery!